Today’s article is regarding Android Emulators For Windows PC And Mac that you can use in 2021. There are many people who want to bring their Android experience to the PC. Likewise, there are numerous reasons why anyone would want to use an Android emulator on PC, ranging from testing new applications on a PC to playing Android games on a PC.

Also, Most commonly used by gamers to play Android games, using a keyboard and mouse makes it much easier for a gamer to play games than playing on a small screen. Furthermore, the battery issue is resolved while playing on PC, which means you don’t have to refill your tank every time you use the device. That is why we have compiled a list of the best Android emulators that will allow you to bring your Android ecosystem to your PC.

Android Emulators for Windows PC and Mac that you can use.

Well, KoPlayer is not the oldest player in the market of Android emulators, but It has carved out a cozy niche for itself. The KoPlayer, which is primarily aimed at gamers, has used key-mapping to connect your Emulator to your keyboard. Furthermore, you can easily record your gaming session and share it on YouTube, or anywhere else you want. Thus, although it is aimed at a gaming audience, it is not a bad choice for productive work. So, If you want a free Android emulator, the KoPlayer is a good option. 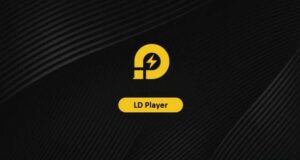 LDPlayer is a lightweight Android emulator with a gaming focus. It runs Android Nougat 7.1 and has the usual set of gamer-friendly features, such as good keyboard mapping controls, high FPS, macros, multi-instance, and graphical support. Further, It is compatible with a wide range of games, including Epic Seven, Arknights, Clash of Clans, and many others. Also, This is one of the few emulators on the list that receives continuous updates to improve compatibility. LDPlayer’s latest versions have improved the smoothness of Free Fire and Mobile Legends while also removing the device restriction from Moonlight Sculptor. Aside from that, LDPlayer is a complete emulator for TikTok, Instagram, and other popular apps. It borrows some design elements from Bluestacks, which isn’t necessarily a bad thing. It’s a good all-arounder that should meet the majority of people’s needs. 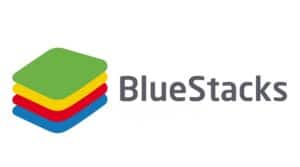 Bluestacks is one of the most well-known Android emulators available. This Android Emulator, which is compatible with both Windows and Mac, works flawlessly and receives regular updates. When compared to Bluestacks 3 itself, the fourth version is said to be eight times faster. The usage is extremely simple, thanks to the company’s simple and smooth UI. Bluestacks 4 enables you to play multiple games at once. The company has included key mapping and game settings to make things easier. Bluestacks is compatible with Android 7.1.2 Nougat. Bluestacks 4 is available in both a free and a premium version. 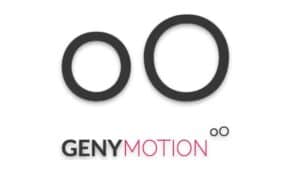 If you are a developer looking for an Android emulator, this one may suit your needs. Genymotion is aimed squarely at developers and works on both the Mac and Windows operating systems. Using this Android emulator, you can easily test your apps on 3000+ virtual different devices running different Android versions. Although it also provides a good gaming experience, its primary purpose is for developers to use. Now, You can easily test your apps on various Android browsers using both Android SDK tools and Android Studio. Genymotion is a free application with some paid features. 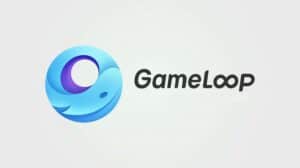 Well, GameLoop, formerly known as Tencent Gaming Buddy, is a gaming Android emulator. In fact, it’s so good that Tencent refers to it as the official Emulator for its games, which include Call of Duty: Mobile and PUBG Mobile. Of course, it includes games other than Tencent’s, though its collection isn’t as extensive as it could be. The Emulator was downloaded and installed without a hitch, and the games we tested performed admirably. This one is not suitable for productivity or development testing. However, if you want to play mobile FPS games as well as some titles, this is a fairly decent gaming emulator with a good selection of newer titles. Furthermore, the keyboard controls and performance are excellent.

READ:  16 Best Photo Editing Apps For Mac You Can Use 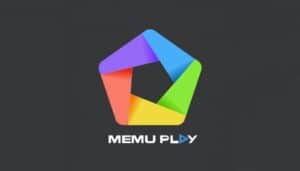 Another one aimed squarely at gamers! MEmu is another good Android emulator that can be used. Here, This Emulator is compatible with both Intel and AMD graphics card chipsets. This app, like Bluestacks 4, allows you to run multiple instances of different games at the same time. The MEmu team is constantly working to improve its product, from key-mapping to good SD card volume to simple UI. The performance is flawless, with no lags or hiccups in the experience. Furthermore, it supports Android versions ranging from Jelly Bean to Lollipop. It provides the same good expected experience when used as a productivity tool- no complaints! 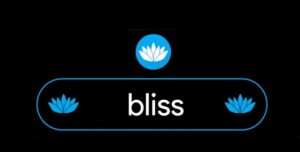 That is what distinguishes this Android Emulator from the others listed. If your system meets the requirements of this Android emulator, it will work flawlessly and will run Android Oreo on it. Bliss is completely designed for tech nerds and is completely free. 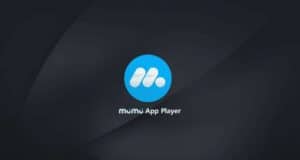 With MuMu, NetEase created a genuinely good Android emulator. It’s yet another gaming emulator with many of the same features as its rivals. The Emulator runs Android 6.0, which is a little older than some of its competitors. Having said that, it has a reasonable boot time and enough features to merit consideration. We didn’t run into any major problems while using it, and we were able to download all of the games we wanted to test. In terms of features, MeMU, Bluestacks, and GameLoop have all surpassed it, and all three receive regular updates. But, if none of those work, this one will most likely.

Nox is an additional Android emulator for PC gamers. Here, It includes all of the features found in any other gaming niche Android emulator, such as key-mapping, controller support, and gesture controls. This Emulator’s main feature is the ability to record the script and use multiple instances at the same time. It is only compatible with AMD and is based on Android 4.4.2 and Android 5.1.1. Nox App Player is currently in active development and is available for free. 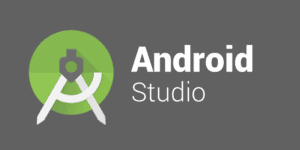 For Android, there’s a development console called Android Studio, which includes tools that greatly assist game or app developers in creating their products. There are many tools available to developers to help them with their work, including an emulator that allows them to test their apps and games on a PC. However, there is a catch: the installation process is complicated and time-consuming. So, if you’re someone looking for an Android emulator just for games, you’re not the one. However, for developers, this is the one that will make your day when testing apps and games. In addition, Kotlin is supported by Android Studio for developers. Android Studio is completely free and the best tool for developers—period! 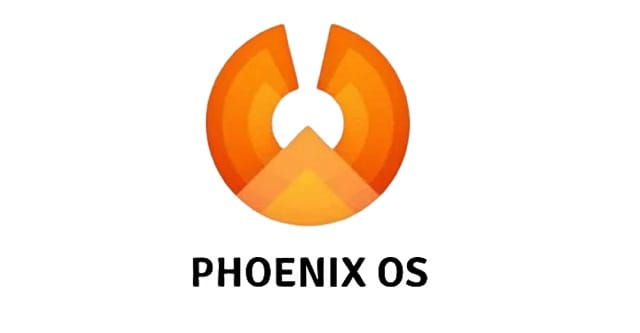 Phoenix OS is one of the more recent Android emulators for PC. It boasts a gamer experience, as do most these days. However, because it provides a desktop-like experience, it also works well for productivity. It supports Google Play Services, though updating those services can be a pain at times. That means you have access to every app and game available in the Google Play Store. Phoenix OS runs Android 7.1, which is quite recent for an Android emulator. The Emulator can be downloaded from its official website, and its forums can be found on XDA-Developers. 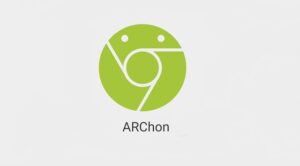 This Android Emulator for PC, unlike all others, can be installed as a Google Chrome extension. Chrome can run Android games easily and applications when using it. Furthermore, unlike other emulators, it does not provide a plethora of support, and it isn’t easy to run applications on it. Install the Chrome extension first, and then get the APKs to run them in. Furthermore, not every APK file is compatible. As a result, you may need to look for another tool to make them compatible. This can be run on any operating system, including Mac OS, Linux, and Windows. ARchon is available on GitHub, where you can also find further instructions.

Well, Xamarin, like Android Studio, is an IDE that can work with heavy applications like Microsoft Visual Studio to create a better and larger development environment. Xamarin, like Android Studio, includes an emulator for app and game testing. It is primarily used by developers, but it also works well in gaming. Nonetheless, its heart is in the field of app development. The user interface (UI) and setup are very simple and fair. Although it is not as fast and powerful as Genymotion, it gets you going with no complaints. There are numerous features that you can experiment with and customize to meet your specific requirements. It’s free to download for personal use, but businesses may need to upgrade to a premium plan. Lastly, It is one of the best Android emulators available. 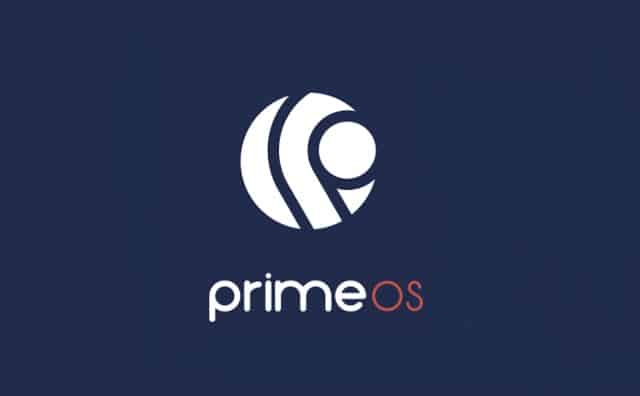 In the Android emulator space, PrimeOS is a bit of a standout. It is not, in fact, an emulator. You install it as a partition on your computer, and it boots up in native Android mode. It’s a gamer-focused Android experience, but you can use it for productivity if you want to. PrimeOS includes:

To be honest, it almost runs like ChromeOS without the Chrome parts. You can multi-task, watch videos, or play games as you see fit. 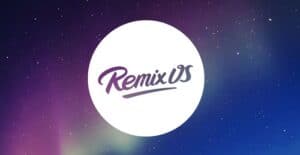 Well, Remix OS Player is one of the best Android emulators for PC, despite being one of the newer ones on the market. The Emulator is primarily aimed at the gaming niche, as evidenced by its extremely simple user interface. The installation is straightforward, and it runs Android Marshmallow. Here, You can play multiple games at the same time, and features such as multi-tasking—playing games while a chat session is open—make it the market leader. It also works well as a productivity tool because it is similar to Android Studio. As a result, an Android developer can use it to clean and optimize their application for use on a PC. Remix OS Player is available for free download from the Jide website. 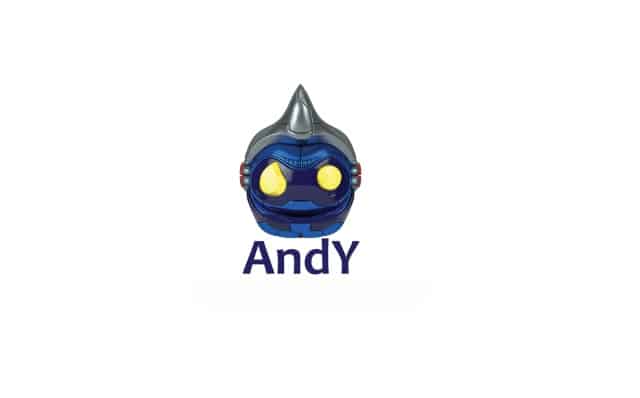 AndY is a well-known Android emulator that bridges the gap between mobile and desktop computing by keeping customers informed of the most recent Android upgrades. It provides users with a large storage capacity as well as the ability to play any game available on the Android platform with ease. Users can also receive a phone snapshot and view it on their desktop. With this Emulator, the phone can be used as a joystick. 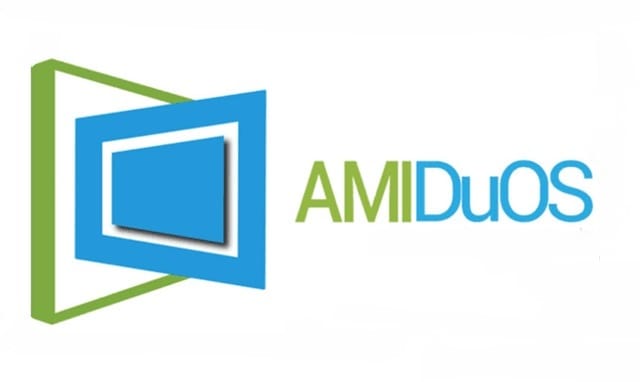 AMIDuOS is an Android emulator created in the United States. It allows for the seamless integration of an Android device and a system. Also, It has a full-screen mode, so if the user runs any game or application in that mode, the user will not be able to tell the difference between using an Android mobile or system because it is so easy to use. It enables the user to easily share files between the mobile device and the computer device. 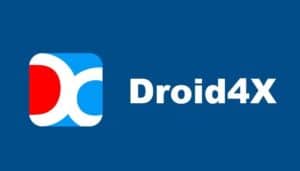 Well, Droid4X is a popular and powerful Android emulator for Windows PC that allows users to run mobile applications and games directly on their desktop. It is well-known for being a strong and dependable emulator that can run smoothly on the desktop with minimal system requirements, distinguishing it from other Android emulators. Also, It works with the vast majority of games available on the Google Play store. It enables you to record the emulator screen for future use. 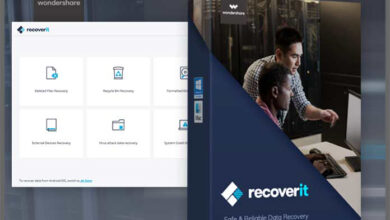 Wondershare Recoverit: How Good Is It to Recover Data from… 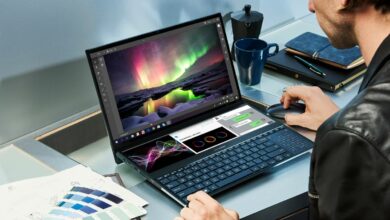 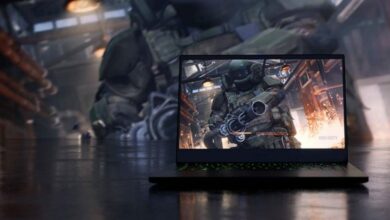 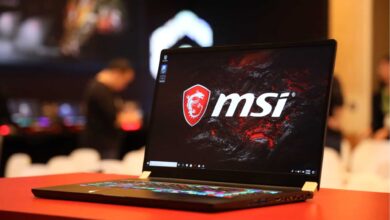 MSI GS65: One of the Top Laptops for Gaming