The streaming service includes the finest of Disney’s back catalog and new shows created specifically for subscribers. Disney Plus original shows like “Hawkeye” and “The Mandalorian” have been the most popular streaming TV. In addition, the library of classic Disney content does not change like other streaming services that change their movies every month.

The monthly subscription fee is $8, and yearly subscriptions are $80. It may also be coupled with Hulu and ESPN+ for pricing starting at $14 per month. At the time of writing, the program had more than 118 million users. Disney Plus was a breakout success in a sea of new streaming services. This is due to its huge collection of movies and TV shows and an ever-expanding pipeline of exclusives and originals.

Earlier this season, Disney Plus streamed numerous big-screen movies on the same day they were released in theatres, but that is no longer the case for movies like Encanto and Marvel’s Eternals. Disney is only re-releasing the most anticipated movies in theatres once again. Encanto and Eternals, on the other hand, are getting to Disney Plus far faster than they would have before the outbreak. These are the crucial Disney Plus information.

What Exactly Is Disney Plus?

The Walt Disney Company established Disney Plus, an ad-free, on-demand streaming service. Disney Plus subscribers may watch thousands of Disney movies and TV shows on their devices (smart TVs, smartphones, tablets, laptops, and gaming consoles). With limitless downloading, you may watch any movie or series you want, whenever you want.

Almost every Disney, Pixar, and Marvel movie are available on the streaming service. Users may watch blockbuster movies like Raya and the Last Dragon and the live-action Mulan using the service. It also offers original content such as The Mandalorian and WandaVision.

How Much Does Disney Plus Cost?

How Much Does Disney Plus Cost Per Month?

In the United States, Disney Plus costs $8 per month or $80 per year. A subscription grants you ad-free access to all streaming titles. Disney Plus does not presently offer a free trial. You may also choose a package that includes Hulu or ESPN+. This plan, which includes all three services, costs $14 per month. ESPN+ and Hulu’s ad-supported versions both cost $7 per month. The bundle will save you around $8 each month. The Disney bundle will be included if you subscribe to one of Hulu’s live TV plans. Hulu+ Live TV provides access to over 75 channels. Hulu (ad-supported) + Live TV with Disney Plus or ESPN Plus is $70 per month.

What Devices Can You Use To Watch Disney Plus?

That’s pretty much it. Disney Plus is one of the most popular streaming apps. It is compatible with practically any tablet, phone, connected TV, or streaming media box, including Apple, Google, and Microsoft. With a Disney Plus subscription, you may view up to four shows on four devices simultaneously.

Disney Plus was tested on Roku, Apple TV, and Fire TV. Except for a few hiccups on the November launch, they operated as intended. If your streaming device supports 4K HDR, there are many titles to choose from. However, some titles, such as The Mandalorian and Marvel movies, are exclusively accessible in HD. Voice commands on Roku, Fire TV, and Apple TV worked well in leading us to the show title or a generic Disney service. Except for the crash of Fire TV when it wasn’t installed, voice searches performed beautifully.

Where Can I Get Disney Plus?

Disney Plus is now available to stream in:

Disney Plus with Premiere Access, an extra-cost Disney+ monthly subscription, enables subscribers to view chosen movies released in theatres. If they want to view another movie, they will need Premiere Access. Premiere Access movies are not available indefinitely. Most movies are free three months after their initial release on Disney+, regardless of whether a member has Premiere Access.

Is There A Free Trial For Disney Plus? Or Other Free Offers?

Disney Plus does not provide a standard free trial period. The 1 week free trial ended in June 2020, soon before the premiere of Hamilton. From now through Sunday, Disney Plus offers a 1 monthly subscription for $2. This amounts to a $6 save. Other offers may allow you to get Disney Plus free or reduced cost.

A partnership between Disney and Verizon provides customers with a 4G or unlimited plan with a free year of Disney Plus. This deal is also available to new Verizon Fios home internet and Fios services customers. In addition, a Verizon FAQ states that consumers who purchased a Disney Plus plan, such as the now-expired 3 year discount subscription deal, can stack their free year. Amazon Music Unlimited also offers new subscribers to its streaming music service a deal. This entitles them to up to six months of free Disney Plus membership.

Does Disney Plus Have A Free Trial?

Unfortunately, Disney Plus’s free trial ended in 2020, but there are still ways to watch free shows like The Falcon and the Winter Soldier and movies like Mulan. Continue reading to learn some of the best methods to get a free trial of Disney Plus.

Should You Acquire Disney Plus?

The comparatively modest monthly cost makes the service well worth it for fans of Disney’s Star Wars, Marvel, and Pixar franchises. Likewise, parents who wish their children to find Disney’s various family movies and TV programs will reap the same advantages. Of course, it is also feasible for anybody interested in the latest adventures of Baby Yoda.

Is it feasible for people to give other services to finance this one? Possibly. If you have to pick between Apple TV Plus and this, this is the better option. If you have children and like Disney or Hulu, purchase this. This is exactly what you require. HBO Max also has a large selection of children’s programming, but it costs $15 a month. We think Disney Plus is the greatest streaming service, marginally behind Netflix but much ahead of Amazon Prime Video and Hulu. If you don’t have children, one of these may take precedence over Disney.

Original programs like The Mandalorian and WandaVision are wonderful. Users will be more likely to renew their subscriptions monthly if they have access to material spanning over 100 years. In addition, Disney Plus is entertaining, easy to use, and reasonably priced.

Are Disney Plus Gift Cards Available?

How To Cancel Disney+?

Users who signed up for Disney Plus through a Verizon promotion to obtain a free year or another length of time will be able to switch to the $7 monthly plan once the free term expires. However, if you retain the subscription, it will begin costing you $7 each month through your Verizon account. Well, if you acquired an annual or multi-year subscription before the Verizon offer in 2019, you can return to the original plan.

READ:  How Many Years In A Millennium, Century, Or Decade?

If you don’t want to cancel your subscription but want to change your cellular service, you can upgrade to Verizon’s Play More or Get More Unlimited plans. This includes Hulu Plus and Disney Plus. To cancel your service, go to My Verizon Customer Support Portal and select “Manage Disney Plus.”

Disney Plus is an excellent service for Disney fans. This service is ideal for families who want to view older Disney movies and other Disney movies.

Even if the original programming roster is restricted, popular titles such as “The Book of Boba Fett,” “Loki,” and “Hawkeye” will remain important. Disney’s content will also be removed from various streaming services, including YouTube. In addition, Disney Plus will soon be the only subscription streaming service with access to several of the company’s titles.

Visit our Disney Plus review from a parent’s perspective for additional information and extensive opinions on the platform’s family-centric features.

You may sign in to Disney Plus straight from the Disney Plus website. But, first, establish an account by providing an email address and a payment method to begin streaming.

Should You Keep Or Cancel Disney Plus?

Although Disney Plus provides one of the most extensive on-demand streaming libraries, you may quickly cancel your subscription. This is easily accomplished by heading to your profile’s account details area and completing the necessary procedures.

It’s good to try out many services before committing to a subscription. Most streaming services offer a free trial period, so you can decide which one is best for you. For example, Netflix and Amazon Prime have a massive library of content, including well-reviewed originals and oldies. Both services are free for the first 30 days. Amazon Prime members may also obtain free 2 day delivery.

Apple TV+ is another excellent choice for folks who want tiny, exclusive catalogs. Again, you may test it out for free for one week. You may also sign up for a month-long free Hulu trial. This will give you to decide whether the Disney Plus bundle is worth it.

Disney Plus Login – How To Login To Disney+?

To log in over the web, go to the Disney+ Login Page.

When you initially sign up for Disney Plus, you may wonder what the big deal is. The service has many features and is ideal for families with little children. It features a small selection of TV shows and movies, including popular series and movies that aren’t accessible on other streaming services. The service will be the only place to go for everything Disney soon. If you want to learn more about it, start with this tutorial.

While the service is ad-free, some users may encounter a Starz advertisement when they sign up. This is part of the Disney+ deal and will not affect most users. The Disney Plus site has introduced new markets for subscribers to watch, and the recent coronavirus outbreak may have influenced more people to sign up for the service. Consumers may find a thorough FAQ on the Disney+ website.

One of the most often asked questions about the service is how to sign up. Fortunately, Disney has made the procedure as easy as possible by offering explicit instructions on how to sign up. In addition, you’ll be able to explore the site, pick from hundreds of thousands of titles, and even vote on your favorites under the “Continue Watching” area once you’ve signed up. The site also includes a list of commonly asked questions that might decide whether Disney+ is perfect for you.

How To Log Into Disney Plus On My TV?

1 – Launch the Disney+ app on your Smart TV.

4 – Type the URL into your computer or mobile device’s browser.

5 – Enter the 8-digit code displayed on your TV screen.

Not only can you watch Disney Plus on four devices, but you can also create seven distinct profiles. 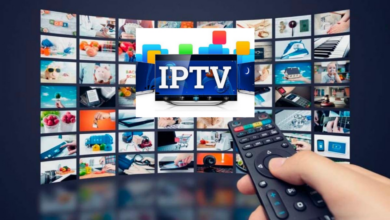 What do You Need for IPTV Delivering: Five Important Elements 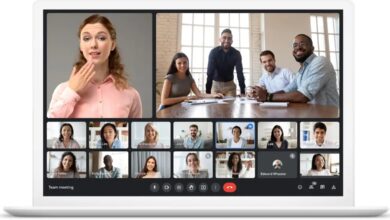 How Do I Fix Google Meet Camera Not Working Issue 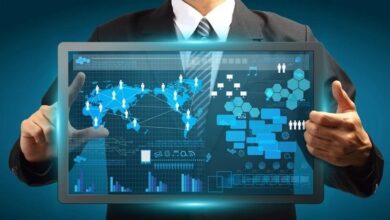 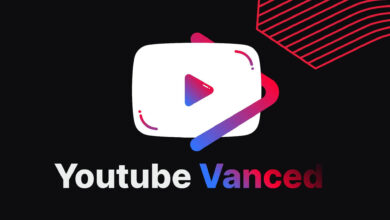