A launcher is an app that provides a quick way to alter the appearance of your Android smartphone. It covers the organization of apps and widgets, among other things. It is safe to use a launcher so long as you stick to trusted apps.

Android’s adaptability is something you’ll appreciate. As an open platform, Android enables the selection of apps, including an app launcher. However, selecting the most suitable one can be challenging with so many app launchers available.

Whether you want something flashy or something simple with fewer distractions, the launcher you choose will give your additional phone features and a complete makeover. Therefore, let’s jump right into it. 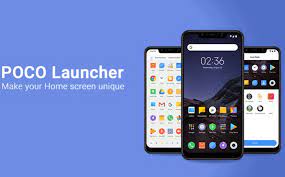 POCO Launcher is among an excellent Launchers For Android that is ad-free. It is developed to deliver excellent performance and a superior scrolling experience. It is quick and lightweight. A straightforward app drawer with genres for simple category selection distinguishes POCO Launcher as a top choice.

This launcher is optimal if you have a vast collection of installed apps. In addition, POCO Launcher permits you to experiment with themes, wallpapers, and animations to customize your device in the most effective manner possible.

POCO Launcher is a fantastic option for many consumers due to its familiar user interface.

The launcher is manufactured by Xiaomi and is continuously updated. So, anticipate additional features and routine fixes. It is adaptable and efficient, making it a good option for Android devices.

The launcher organizes your gadget in a novel manner. It categorizes your apps based on the color of their icons, making them easy to locate.

It is a free, lightweight app with no in-app purchases. Lets talk about the top-rated Launchers For Android to Customize your Phone in 2023. Microsoft Launcher provides an Android home screen experience that enables you to be more productive. It permits you to arrange anything on your smartphone and is incredibly configurable.

It provides a customizable feed for seeing your calendar, creating to-do lists, and creating sticky notes on the move, among other features. In addition, after installing the new Microsoft Launcher, you can transfer your current home screen or start your favorite programs from scratch.

If productivity is your top priority, Microsoft Launcher is your ideal choice. The launcher has been downloaded over ten million times and is free with no in-app purchases. Swipe left on your home screen to see your newsfeed. 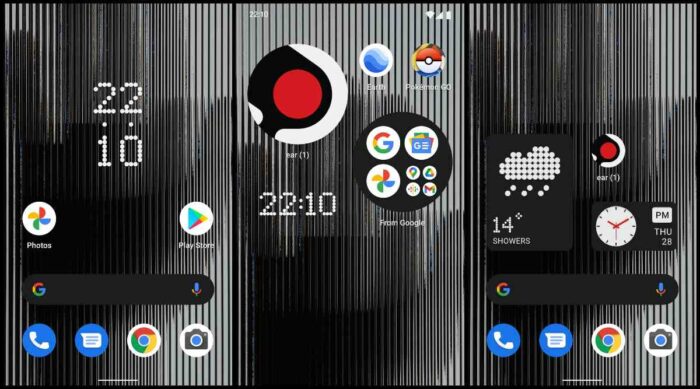 Nothing Launcher is one of the outstanding ad-free Launchers For Android that combines the Android experience with a recognizable design language. It provides distinctive features such as Max folders, Max icons, and customized widgets.

It’s relatively new on the market, but it’s a good option if you’re searching for something straightforward; thousands of alternatives do not drag it down. In addition, if you are using Nothing’s OS version of V1.16, you can update it through the Play Store without waiting for updates.

Nothing Launcher is every Android user’s fantasy. The launcher is filled with features that have the potential to transform your device-use experience. For example, with Nothing Launcher, you can customize your background color and icon appearance and add widgets for quick app access.

The launcher is highly functional and straightforward to use. It can operate effortlessly on your smartphone and requires less than two minutes to configure. The launcher can also be shared with friends and relatives.

Nothing Launcher is a free app. 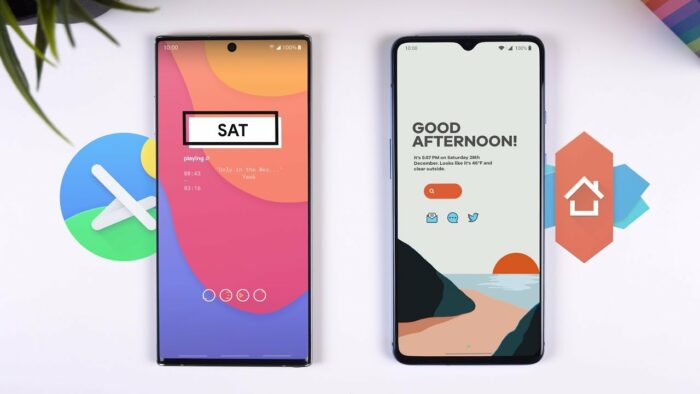 Lawnchair 2 is one of the greatest ad-free Android launchers with a minimalistic design. The launcher provides powerful features such as drawer categories, Android recents integration, and contextual data at a glance.

This Best Ad Free Launcher For Android supports adaptable icons and is the best option if you desire something near to stock, despite being more customizable. In addition, you can do more with Lawnchair, such as altering icon sizes and shapes, selecting colors, and modifying blur settings.

The launcher is relatively lightweight and has been downloaded more than one million times. It also features an Android 12 aesthetic.

Lawnchair is free to download and has no in-app purchases. 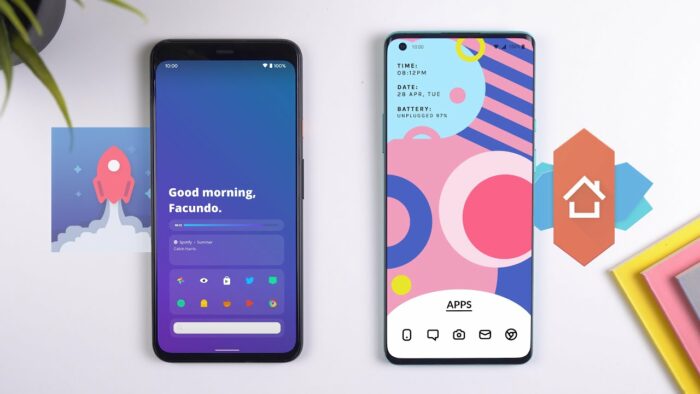 However, Hyperion Launcher provides numerous configuration options that let you modify your desktop, dock, and app cards. Additionally, it includes a profile manager for preserving desktop configurations for work, home, and gaming profiles.

Hyperion Launcher’s creators feel more is needed to have a feature-rich, aesthetically pleasing launcher. Their primary objective is to update and release fresh changes and customizations to fit the specific demands of each user.

The Hyperion Launcher weighs approximately 5.8 MB and has been downloaded over a million times.

The launcher may be downloaded for free and has no advertisements or in-app purchases. Since its introduction in 2012, Nova Launcher Prime has been a beloved Launcher among Android users. The launcher features a conventional layout with an essential app drawer and other home screen customization options. As a result, Nova Launcher is highly configurable and a fantastic option for themers.

It is undoubtedly a launcher that the majority of Android users have tried. Beside, It has capabilities including changing the app card, tweaking app icon designs, switching between app drawer styles, and altering fonts.

It is among the most popular Launchers For Android, with around 50 million downloads, and weighs 7.7MB. As a result of the rapid and regular app upgrades, the launcher is also devoid of bugs.

This Best Android app launcher without ads and free to install. However, if you need access to all its premium features, you may purchase a one-time $4.99. The premium version enables app hiding; icon swipe gesture customization, and app drawer group creation. 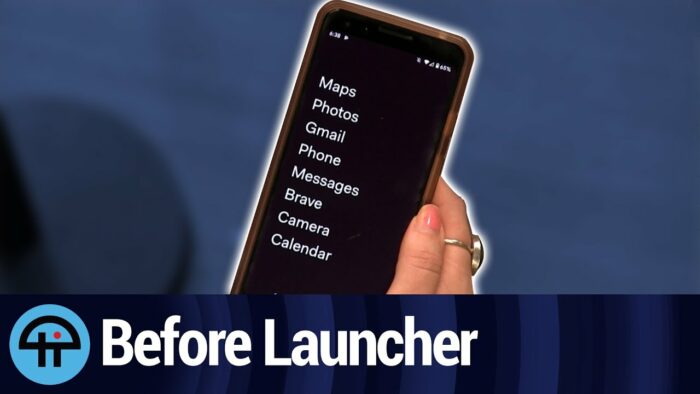 Before Launcher is an outstanding Android launcher that keeps you focused with its basic design and exceptional functionality. It lowers distractions by filtering notifications, allowing you to concentrate on what matters.

It operates differently than the majority of launchers. On opening the launcher, three screens will be displayed. The home screen displays common programs like phones, Gmail, maps, and cameras.

By swiping from the left, a screen displaying notifications from selected apps will appear. Additionally, the launcher provides access to all apps in your list view when you swipe right.

You can also organize your programs alphabetically by frequency of usage or by the installation date.

The launcher is ad-free and weighs roughly 9.1 MB. It has over 100,000 downloads and is a terrific option for a productive and efficient mobile experience.

Before Launcher, in-app purchases range in price per item from $1.99 to $5.99. For current pricing information, visit the website and click “About this app.” 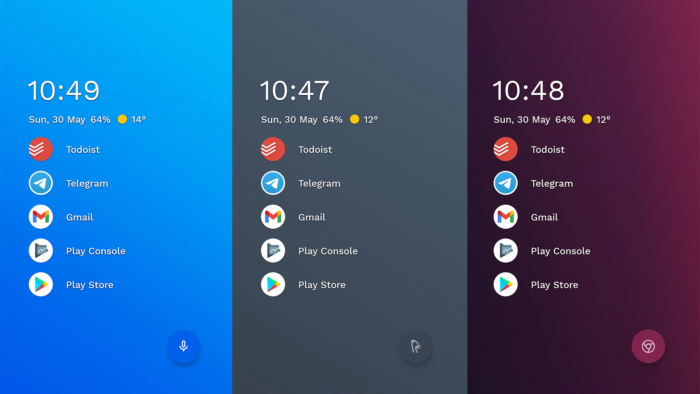 Next in our list of the top-notch Launchers For Android is Niagara Launcher. It is required if you are accustomed to standard home screens created decades ago. The simple Niagara Launcher makes everything accessible at a glance so you can concentrate on what’s essential.

Using an adaptable app list, Niagara Launcher makes it simple to manage your device by placing all the necessary apps at your fingertips. In addition, the launcher displays notifications on the screen and filters out spam and persistent notifications automatically.

Niagara prioritizes accessibility with one hand and is ideal for folks with large-screen phones. It is swift, faultless, and effortless. In addition to standard settings, the launcher includes options for enabling a music widget.

It is one of the greatest unique Android launchers in terms of ergonomic efficiency, and its frequent upgrades are encouraging.

READ:  The Best Free Themes For Android in 2023

The Niagara launcher is without cost. However, a $ 14.99-lifetime purchase is required to unlock its premium features. 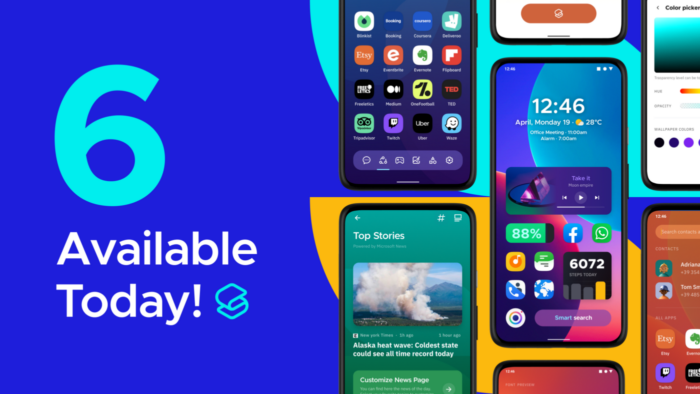 Smart Launcher has long been the best ad-free Android launcher, featuring a straightforward grid of favorite apps and a folder of diverse apps. The most recent version, Smart Launcher 6, adds polish and numerous capabilities to your Android device’s home screen, making it simpler and quicker to use.

This best Android launcher reddit efficiently organizes your apps into multiple categories and includes a robust search engine to help you find what you need with a few touches. In addition, smart Launcher 6 is highly customizable and adapts to the colors of your wallpaper anytime you alter them.

It flawlessly aligns everything on display and is ideal for Android devices with various screen sizes. The launcher also enables you to customize the item’s formatting to give it a distinct appearance.

Smart Launcher 6 is available for free. 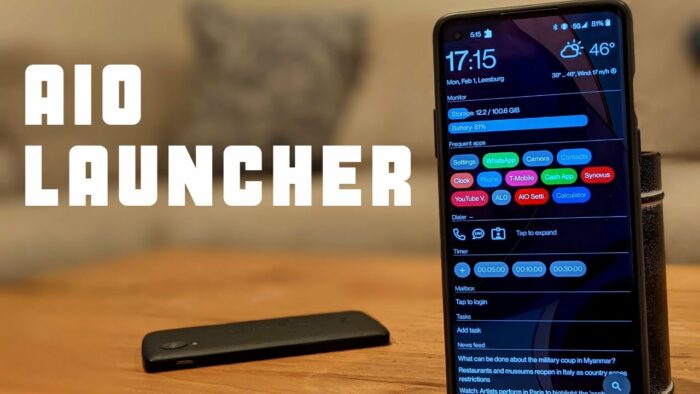 Are you still seeking the popular and Best Ad-free Launchers For Android without ads as of 2023? AIO Launcher is not a conventional home screen. The launcher may not have many motion effects or beautiful icons, but it uses the available screen space to display the most vital information.

This fastest Android launcher may not have a user-friendly interface, but it’s a terrific option if you are okay with dense content.

AIO Launcher will do the actions above without gathering any personal information. The launcher has existed since 2017 and continues to gain popularity due to its distinct and customizable layout.

With AIO Launcher, you can alter the brightness of your screen with a single tap. The app has approximately 500,000 downloads now.

It is free and ad-free. However, AIO Launcher offers in-app purchases for $0.99 to $9.99 per item to access additional functionality.

Lynx Launcher is among an outstanding, distraction-free, fully-customizable Launchers For Android. It is comparable to a normal launcher and the ideal replacement for your home screen, providing a cleaner, more focused, and user-friendly experience.

The app is influenced by the Gnome Desktop Environment for Linux and provides all the features of a modern home screen without being complicated.

The only difference with Lynx Launcher is that its app drawer is located on the right, and you need to tap it to access your programs.

Lynx provides the option to switch between dark and light settings. It has been downloaded over 100,000 times and weighs 3.5 MB.

The free launcher requires $3.99 in-app purchases to gain other features. 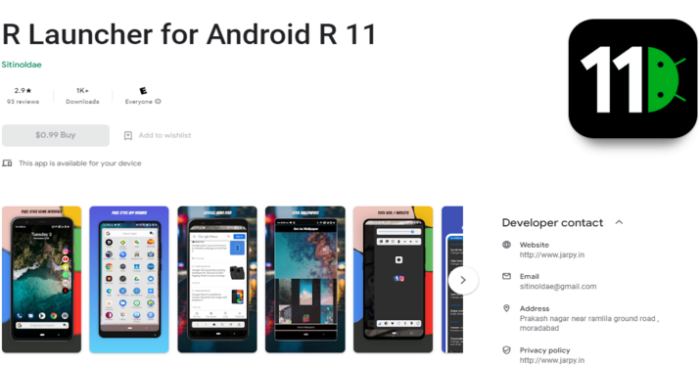 It is among the famous and top-rated Launchers For Android. R Launcher is currently in early access. However, it gives users the impression of the stock Android launcher. It is built on the well-known mobile or TV repository user interface launcher. Expect the launcher to have additional functionality in upcoming editions.

This launcher’s clock and weather widget are notable features. These characteristics give the launcher a vintage appearance. In addition, its functionality is enhanced by basic features such as the option to modify the theme, grid size, and icon size.

The launcher has been downloaded more than one million times and weighs 5.3 MB.

R Launcher is a free download with no advertisements or in-app purchases. However, a $0.99 one-time payment grants access to more functions via a commercial software version.

Your favorite launcher is a matter of personal preference. However, I propose a basic launcher with maximum functionality. I also advise you to experiment with several Launchers For Android to determine which best suits your needs.

If you are a dedicated themer searching for a launcher that simplifies things by displaying alerts on the screen and automatically filters out persistent notifications and spam, I recommend Niagara Launcher. 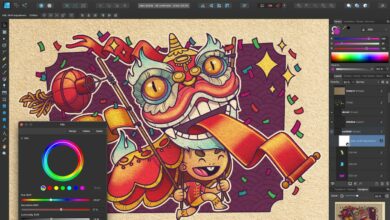 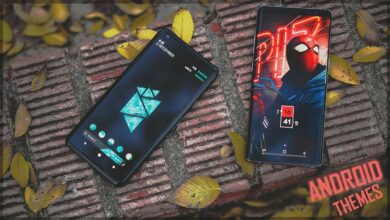 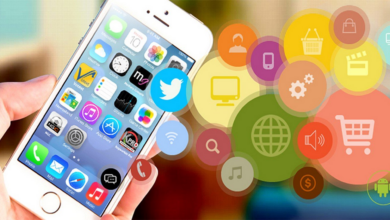