I’ll do my part & spread the love for ROM hacking by sharing what I consider to be the best Super Mario 64 ROM Hacks.

Super Mario 64 ROM Hacks Online: I’ve always admired the determination of those who build modifications and ROM hacks for their favorite games. Fans create it for fans, which is a fantastic thing.

Nintendo is often harsh towards ROM hacking communities, but they persevere due to the passion of its creators. For example, consider Super Mario 64, perhaps one of the best platform games in Nintendo’s catalog; it offers a great deal. Recently, I’ve become interested in Super Mario 64 ROM Hacks, and I can’t help but admire their effort.

It is shocking given the game’s bizarre and downright antiquated coding style, which is expected from a 64-bit era pioneer.

I’ll do my part to stoke the flames of ROM hacking by listing the 10 best Mario 64 ROM Hacks reddit ever created. Let’s plunge in!

Super Mario 64 is a platformer, undoubtedly one of the most popular in Nintendo’s library. It’s got lots to offer. Here is the list of the top-notch Super Mario 64 ROM Hacks you can now be played on REAL N64! 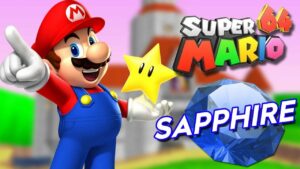 It is among the highly-rated Super Mario 64 ROM Hacks. Given the artisanal nature of ROM hacking in general, I would conclude that most of these games have… varying degrees of quality.

NebulaSM64’s Super Mario 64 Sapphire is one of the most consistently good hacks available, a short but tasty experience with 30 stars distributed across six incredible stages.

And these levels offer some of the most breathtaking scenery this 64-bit engine has ever rendered. It is the game to play if you want a short Mario to fix with a twist in SM64. 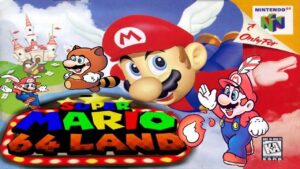 Anyone who has followed the SM64 ROM hacking scene is familiar with Kaze Emanuar, the tireless visionary responsible for many of the game’s most ambitious and astounding hacks.

Super Mario 64 Land is among their earliest works. It has a smaller scope than others but the same end quality. It plays similarly to Super Mario 3D Land, with 33 new levels significantly more linear than the original.

In addition, Mario gets a few additional moves to help him traverse them better. Specifically, a Butt Bounce and an Aerial Dive, which you will discover to be helpful. 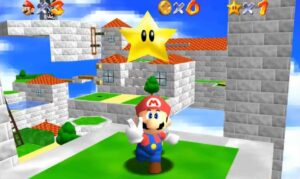 Next in our list of the best Super Mario ROM Hacks is Super Mario: Star Road. I feel respect and gratitude for pioneering work in any field should be shown. And it’s a pleasure when they’re as good as Skelux’s Super Mario: Star Road. This large ROM hack was one of the first to have appeal beyond the ROM hacking community. It contains 130 stars to gather in some amazing levels, new opponents, and reworked music, giving it the feel of a sequel.

In addition to the effort placed into creating a more user-friendly camera than the original, the game’s intensive emphasis on precise platforming makes it imperative to highlight the work that went into making the camera friendlier than the original.

Are you seeking for the best Super Mario 64 ROM Hacks 2022? The Star Revenge series, created by ROM hacking personality BroDute and other collaborators, is one of the most prolific hack series. Over six primary releases and a multitude of remakes.

SM64: Star Revenge, The most current version of the original hack, is Redone. It has over 125 other stars to collect across 13 unique levels.

In addition to the weird humor and self-referential gags, this hack is distinguished by its intricate backstory and overarching tale, which you must play every release to comprehend. So if you intend to begin this quest, you should start here. 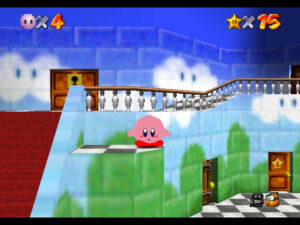 It was the first complete character hack ever released on SM64, and even though the practice is now more prevalent, the level of polish is still remarkable.

Kirby is capable of moving and gliding as the character should, but he can also do so with ease. In addition, power-ups are tweaked to replicate his copy ability and transform the pink puff into a Boo or a Thwomp. On some stages, you can even ride Kirby’s iconic Warp Star. Neat! 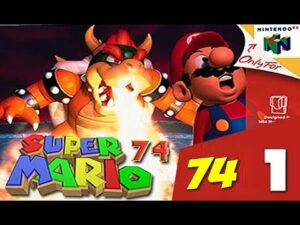 If you are looking for the top-notch Super Mario 64 ROM Hacks, then Super Mario 74 is a perfect choice. Occasionally, all we want is a more challenging experience with our all-time favorite games. Consider Super Mario 74 by Lugmilors if this is the case.

It offers 120 new stars to collect over its numerous bespoke levels, many of which are far more challenging than the typical SM64 scenario.

It includes the majority of boss battles, which now have additional obstacles, like having to swing Bowser higher to reach the explosives. After completing it, you may attend Super Mario 74 Extreme Edition, a more ludicrous, Kaizo-level challenge. 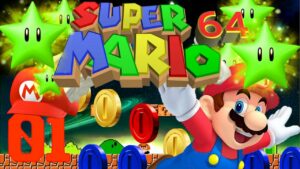 If we talk about the top-rated Super Mario 64 ROM Hacks, Kampel64’s SM64: The Green Stars is a decent alternative for experimenting with ROM hacks and determining if it’s for you. It adds numerous levels and demonstrates what is possible with these tweaks.

There are 130 stars to gather across numerous creative levels. Unfortunately, the developer took great care to conceal every secret, so you may need to use a detective’s eye to locate some of them.

The reason it is not ranked higher is that the level design quality fluctuates more than it should. Some regions are so simple as to be tedious, while others necessitate hyper-specific trick jumps and feats that only an expert could do after 200 attempts. 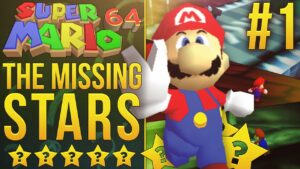 This list includes Super Mario 64 ROM Hacks and the Super Mario 64: The Missing Stars, which take 8th place in our top ROM hacks! Another classic hack revamps several vital technical aspects in the game is Frauber’s SM64: The Missing Stars. It includes a day/night cycle, an improved camera, and several additional gameplay enhancements. You can also play through the game’s ten stages as Luigi if you tire of Mario.

It feels like a completely new take on the SM64 formula, with updated bosses, new foes, and reworked music that includes some original compositions written for the hack. 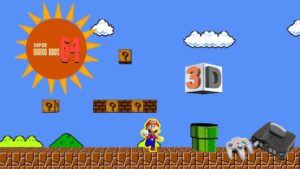 Are you still seeking Best N64 ROM Hacks 2022? It is our top pick for the best Super Mario 64 Rom Hacks! Super Mario Bros. 64, created by Kaze Emanuar, brings back the platforming side-scrolling fun of classic Mario titles such as Super Mario World. But it was rendered in SM64’s 3D engine. Awesome, right?

It is one of the best sm64 ROM hacks, I adore how the camera is angled at the perfect diagonal angle to appreciate depth without leaving the side-scrolling perspective.

You can play as many Mario universe characters as you choose, including Luigi, Wario, fan-favorite Waluigi, and Mario himself. 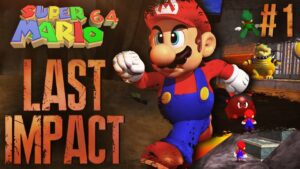 It features a plethora of unique assets, new bosses created from scratch, and even new power-ups. All extremely wonderful stuff, including a Yoshi that you can ride and the FLUDD from Super Mario Sunshine. This game is an engineering marvel!

Each new level is radically different from what we are accustomed to. And obtaining each of the 130 new stars brings distinct obstacles.

There is also a stage where you must play Mario Party games to obtain the coveted astral body. Sure, it can occasionally become a little wonky. Moreover, it contains its fair share of bugs.

However, this is to be anticipated with such a massive work, and you can generally disregard it because this ROM hack is SM64’s next level.