Today’s article is regarding how the Valorant ranking system works. If you enjoy FPS multiplayer games and have a strong competitive streak, it’s time to try Valorant’s competitive ranked mode. When it first came out, this 5v5 FPS shooter game had everything a gamer could want, but Riot Games has improved on it.

You’ve progressed to mastery with your favorite Agents. It’s time to find out now who the best members of the community are. Compete against others with similar skills to climb to the top of regional leaderboards. If you dare to accept the challenge, you will be rewarded with bragging rights.

But, before you jump a competitive match, you should familiarise yourself with the ranking system. Continue reading to find how Valorant’s ranking system works, how to advance through the ranks, and how the game’s Acts factor into ranking.

The Valorant ranking system is a little perplexing, especially for newcomers. The system is similar to other multiplayer ranking systems, but there are a few key differences that are unique to Riot Games.

To start, you cannot simply jump competitive/ranked mode on a whim. To access the game’s competitive mode, you must first complete 10 unrated matches. When this new mode first debuted, players only needed to complete 20 unrated games to gain access to it. Unfortunately, because finishing games is easier than finishing matches, trolls and smurfs flooded the matched competitions, causing a slew of issues.

Riot Games responded to potentially problematic players by “upping” the unlocking requirements in the form of match completions. Well, It’s not a perfect solution, but finishing matches requires a lot more dedication and commitment than simply jumping into a few easy matches.

After completing the required 10 unrated match wins, you must complete five placement matches. Placement matches assist the game in determining where you should start in the ranking system.

Don’t be concerned about placement matches just yet. Well, Even if you lose your matches, the game takes your overall performance into consideration, not just whether you win or lose a placement match. Valorant also considers your previous ten unrated wins when determining your rank.

The Valorant ranking system has eight ranks or divisions:

Each of the first six ranks has three tiers or sub-ranks that you must pass through in order to advance to the next rank. The final two ranks, Immortal and Radiant, each have only one-tier. Valorant has a total of 20 ranks, excluding Unranked.

Well, The majority of players begin at the Iron rank, but their performance in placement matches can propel them to a higher ranking and tier. For instance, exceptional players may skip four levels and begin at Bronze 2.

Also, When competing in Competitive mode, you can skip ranks and tiers. Everything is determined by your MMR (matchmaking rating), performance, and frags (kills) in a match. If you want to move up the ranks, you must be consistent. Go on big win streaks, get some MVPs, and you’ll be able to advance up the ranks faster.

Well, Some online multiplayer games use a “ranking decay” mechanic to encourage players to log in on a regular basis. In other games, if a player does not compete for a certain amount of time, their game rank begins to deteriorate.

Valorant does not have a rank decay mechanic, so you can take breaks if necessary. However, if you were away from the game for an extended period of time, you may have to play a placement game to regain your rank. The placement game helps whether you can still compete at your previous rank after a long absence and whether you have regained your skill level.

It makes sense in terms of competition. Riot Games wants to place you in matches that are appropriate for your skill level. Well, Completing a placement game before getting back into the swing of things can also help. Further, The last thing you want is to return to competitive mode only to find that you’re rusty and out of your depth.

Do you want to know how you compare to other players in your region?

The regional leaderboards were introduced in Valorant Episode 2 as a new feature for competitive players. Well, Your rank and rank rating, as well as some personal information such as your Riot ID and player card, is displayed on the leaderboards. Of course, if you’d prefer to remain anonymous when competing, you can always change your personal information to read “Secret Agent” instead. 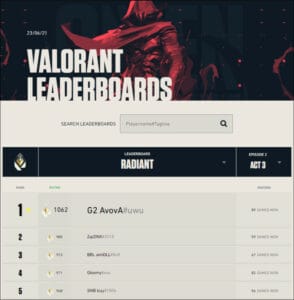 As earlier stated, your rank will not degrade, but you will not appear on the leaderboard if you go missing for a few weeks.

Gaining insight into your previous matches can help you determine what you’re doing right and where you’re going wrong as you climb through the ranks. Check the steps below to view your match history:

1- Navigate to the main dashboard of the game.

2- Select the Career tab at the top of the screen.

3- Examine the data for your last ten matches. 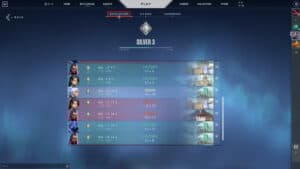 Stats such as wins and losses, as well as kills, spike plants, assists, and first blood, will be available. Well, This information is invaluable for understanding and optimizing your match performance if you’re the type of player who enjoys getting a little meta.

As an added bonus, you can see how other players fared in the same match. Simply choose a game to check more about it.

Well, In competitive mode, your Match Making Rating, or MMR, is one of the most important numbers you’ll never see. In competitive mode, it is the method by which you are matched with other players. Imagine a giant ladder, and your MMR represents a rung on that ladder.

Riot Games claims that no two players will ever share the same rung or spot on the ladder. Therefore, each match determines whether you advance up or down the MMR ladder. It is, however, a separate rating from your RR or Rank Rating that helps the game match you to players of a similar level.

Well, Your Rank Rating is the number of points you receive at the end of each competitive game. In lower tiers, you earn RR points based on competition wins and overall performance in the match.

To advance to the next tier, you must first earn 100 RR points. Also, The distribution of points varies from game to game, but in general, it looks like this:

However, if you do not receive any RR points in the game, you may be demoted to the previous tier. If you are demoted, Valorant has “demotion protection” for players, which guarantees that you will not fall below 80 RR for the newly demoted rank.

Well, The good news is that returning to your previous rank will only take you 20 RR, but the bad news is that you were demoted in the first place.

In Valorant, your MMR and RR are separate scoring systems. Well, One assists the game in matching you with the appropriate players, while the other determines your competitive mode performance rank.

Here’s where things get a little murky:

Riot Games strives to create optimal matches for your skillset, but they only have an “idea” of how well you’d perform. Unfortunately, your Match Making Rating is based on that “idea.” As a result, the Players are placed at the low end of their rank estimation for creating matches to test you based on both your MMR and RR.

If you “pass” the test or consistently win, you’re demonstrating that you belong higher up the metaphorical ladder and will be matched with players closer to your level of performance. You’ll also notice a change in your RR points.

When you win, you get more points, and when you lose, you get fewer points. All of those extra RR points go towards preparing you to move up to the higher end of the system’s rank estimation.

Riot Games eventually hopes that all players’ MMR and RR scores will “move.” Ideally, your RR will reflect your level of performance, and your MMR will allow you to demonstrate that you are worthy of that rank.

It may be tempting to play as many games as possible in order to “grind” your way to the top of the leaderboards, but this is not how the ranking system works. While the game emphasizes “wins,” they also consider how you win and the skills you demonstrated during your matches. Well, It’s all about quality, not quantity, if you want to advance through Valorant’s ranking system.

In Valorant’s ranked mode, how long does it take you to advance from one rank to the next? Please share your experience in the comments section below.