14 Best Voice Changer For Discord And Other Platforms 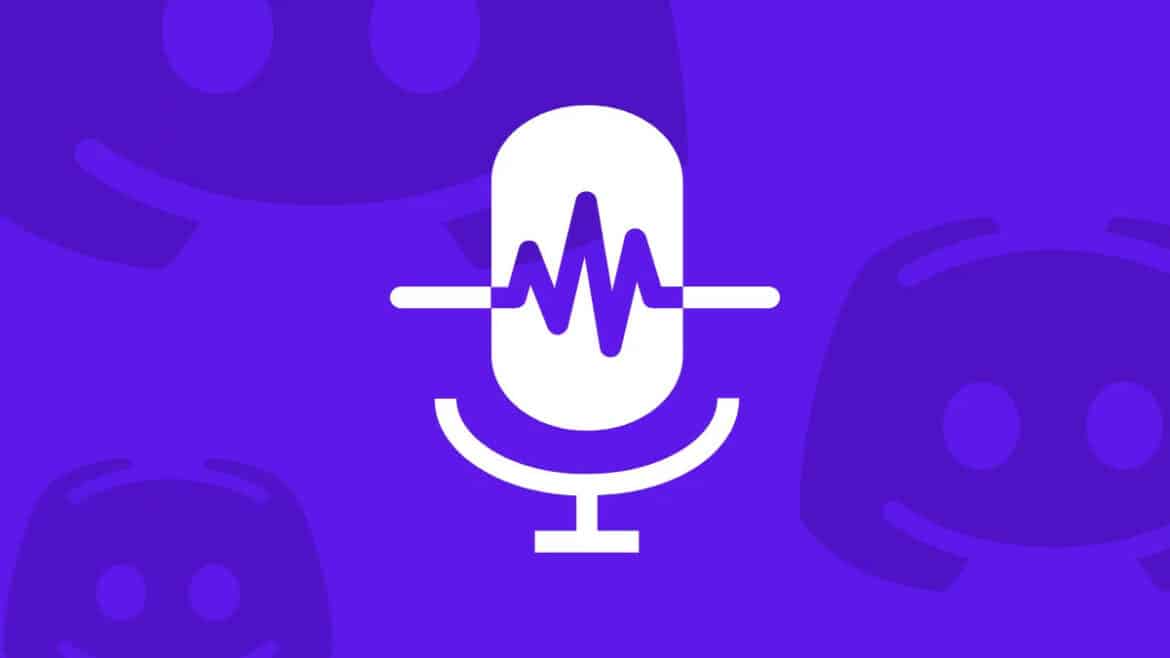 Well, Looking for the best voice changer for Discord? Then this article is for you. If you’re a gamer, you’ve probably used Discord to communicate with buddies during multiplayer games. So, let’s take a quick look at Discord for those who are unfamiliar with it.

Discord is a free app for voice and text conversation that is accessible on all platforms. The primary goal of designing Discord is to assist players. It gives users who want to speak with others in a group a lot of control. Discord provides users with a variety of servers on which to converse. The majority of Discord servers are tied to gaming in some manner, but you can’t say the site is solely for gaming. If you’re gaming, you’ve probably seen various streamers and professional gamers use voice changers in addition to gaming equipment. You might be wondering why this is the case. So let’s find out what’s going on.

Why Make Use Of Voice Changers?

The major reason that gamers and streamers use voice changer software is to add specific voice effects or to play pre-recorded audio. Aside from that, there are a variety of additional reasons why people like to employ voice changers. Some people opt to use a voice changer because they wish to remain anonymous in the internet world, and they do this by utilizing a voice changer. In addition, some people use it to conceal their gender. Now, let’s go right to the greatest voice changers for Discord and other platforms.

14 Best Voice Changer For Discord And Other Platforms

Voice Changer For Discord you can use. 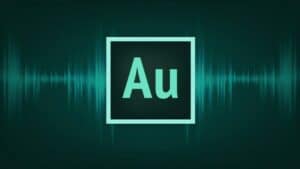 The first on our list of the best voice changer for Discord is the Adobe Audition tool. It detects your voice and changes it using voice effects. You may totally change the sound quality or even impersonate another character with the aid of this voice-changing software. It may be used for a variety of reasons, including gaming, voiceovers, and podcasts. For example, you may make the mood with an animated voice or add depth to your podcast with a deeper voice effect. The Effects tab displays all of the effects that may be used and layered. In addition, you may add up to 16 fine-tuned voices to a single audio clip to make it perfect. 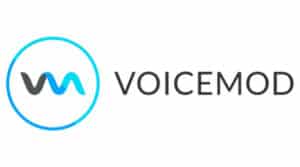 One of the greatest voice changers is Voicemod. Real-time voice effects may be added to a variety of programs such as Discord, Skype, TeamSpeak, and many others, as well as various games such as Fortnite, Among Us, Minecraft, CS: GO, Valorant, League of Legends, and many more.

Voicemod is well-known for being a sophisticated and simple-to-use voice changer that can make you sound like a guy, woman, robot, or anything else you can imagine of. Voicemod also works with Audacity, Twitch, Elgato Stream Deck, Omegle, and Streamlabs OBS software, which is incredible. You may change the voice whatever you like. If you like a celebrity, you may use their voice or the voice of a singer with the aid of auto-tune. The tool has a large collection of sound effects from which to pick to enhance your gaming and talking experience.

Voice Changer is an online tool that may be used to add effects to your voice and transform it. You have ultimate control over how your voice sounds. Also, You have a plethora of voice-changing effects to pick from. You may either use a microphone to record your voice or utilize the web browser directly. If you have pre-recorded audio, just locate the file on your hard drive and upload it to the online tool. The next step is to choose the voice effect you want to apply to the uploaded audio. 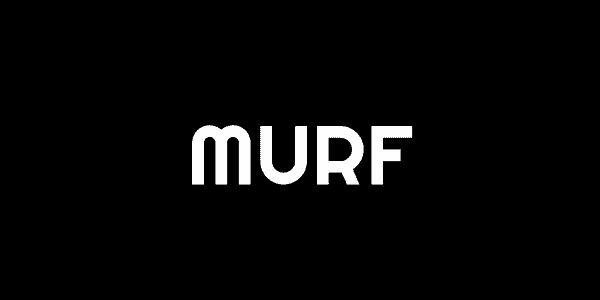 Prepare to totally transform your voiceover from a home recording to a professional studio recording. There’s no need to be concerned about annoying interruptions or background noises because Murf can assist you in editing them away. To sound like a professional, you don’t even need any recording equipment. Murf creates high-quality voiceovers with professional AI technology. With a few simple steps, you can record high-quality presentations and voiceovers even if you don’t have any expensive recording equipment.

Murf’s biggest feature is that you can transcribe and edit the voice recording. So, if you made a mistake in recordings, such as mispronunciation or a bad statement, there is no need to be concerned. You may transcribe your script and edit the section by just altering the sentence in the transcription. Well, When you play the audio recording again, you will notice the alterations that have been applied immediately to your recording. 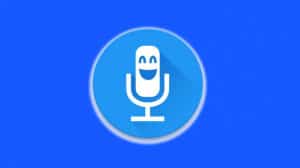 Voice Changer with Effects is a free app for Android users. It’s a lot of fun to use. You can use your smartphone to make yourself sound like an extraterrestrial or someone who has just swallowed helium from a balloon. The app allows you to record audio directly in the app or upload previously recorded audio to the app. Here, you may add effects and modify the audio as you see fit. In addition, you may now share the customized version with any app, including Discord, WhatsApp, Facebook, and others. 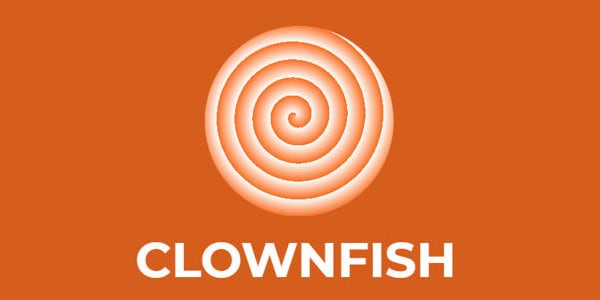 Clownfish Voice Changer has proven to be the best voice changer tool for all Windows systems. This software will be deployed on a system-wide basis. As a result, it will impact any app that employs a microphone or any other device that takes audio. As a result, your voice will be altered in accordance with the settings in Skype, Discord, TeamSpeak, Viber, Steam, and so on. Clownfish provides a plethora of sound effects to pick from. Further, You can select the one that best suits your needs. Aside from that, Clownfish Voice Changer has a slew of other features to offer. 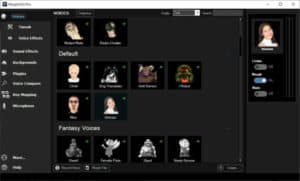 With the aid of MorphVOX Pro, you can now relieve the voice-changing game and take it to the next level. Its great technology enables you to make a variety of changes, including noise cancellation, improved sound quality, and superior voice-learning technology. In addition, the powerful MorphVOX Pro has a plethora of features to assist you in learning more about voice morphing. 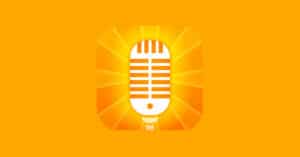 Voice Changer Plus is compatible with the iPhone, iPad, and Mac. In addition, this app allows you to play your voice backward, which is a unique feature. With a simple tap, you can record anything you want. In addition, you may listen to the same audio with different voices by selecting one of 55 distinct voice effects. The app also allows users to reduce previously recorded audio by employing voice-changing features. In addition, you may import pre-recorded audio files into the app and add various effects to them. As a result, if you have already recorded audio, you do not always need to record fresh files.

You may entirely modify your voice with the AV Voice Changer. Also, You may modify the sound to sound more feminine, younger, older, deeper, higher, or any other way you choose. Well, You get to create a perfect voice combination that can be accessible at any time, and you can even make it at any time.

The innovative technology of the AV Voice Changer enables you to effortlessly connect with a majority of VoIP programs such as Skype, Discord, Twitch, and Steam, as well as various games such as Valorant, CS:GO, Apex Legends, and others. In addition, this tool has several features such as the Voice Editor, Voice Morpher, Voice Recorder, File Morpher, Voice Analyzer, Parody Mixer, Hotkey, Voice Comparator, and many more. 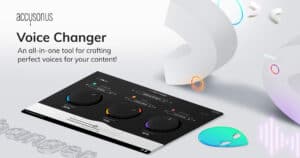 You may use the Accusonus Voice Changer to transform your voice into any character you can imagine of. With the assistance of voice effects, you may create imaginative surroundings. Accusonus has created a rapid, powerful, and easy-to-use voice changer for Windows and Mac platforms. Several characters’ voices may be required for your content. This tool has everything from AI and alien voices to infant and monster voices. You may utilize the software’s preset voices or create your own character sound with fewer clicks.

Accusonus allows you to apply effects with a few mouse clicks. If you want to add some walkie-talkie chatter or simulate automobile radios, this tool can do it all. You may choose the effect you want and then select it using the on-screen dial until it’s just perfect for your content.

Using the voice changer software, you may create the desired effect. For example, with the aid of Accunos Voice Changer, you may put a cave effect or acquire the background sounds of a stadium. In addition, mountain echo noises can appear realistic, and you can alter them using the Environment dial to suit your needs.

If you want to easily customize your voice, Voxal Voice Changer is the tool for you. The free version comes with a plethora of features for modifying your voice. In addition, the tool has a plethora of fantastic voice presets for guys, girls, robots, aliens, and many more characters.

You may use the tool to directly record new files or utilize previously recorded ones to edit audio files. Even though there are several complex features for voice altering on Discord, Skype, Valorant, CS:GO, and other programs, you will find the tool to be rather simple to use. People use this simple voice-changing software to maintain their anonymity when playing video games. Furthermore, people use this voice changer even when broadcasting on multiple platforms. 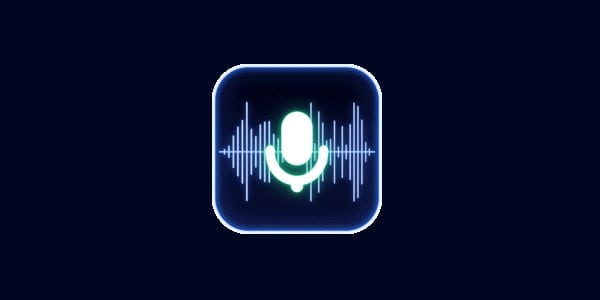 Even if you’re using a smartphone, you can’t avoid the feature of voice altering. Voice Changer for Android not only lets you change the voice of any audio file, but it also has a voice recorder, voice editor, and auto-tune features. When it comes to adding effects, you have more than 15 voicemod choices to select from. You may use this app on your smartphone to sound like a professional singer with auto-tune or to add animal voices to your audio. You may also utilize the audio recording feature to record audio files in various quality levels ranging from 32 kbps to 320 kbps. 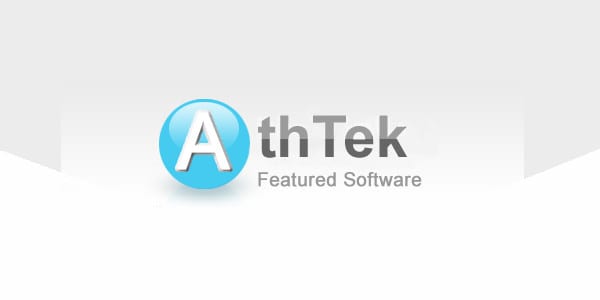 AthTek Voice Changer is a simple audio app that enables you to easily dub videos and movies. This app accepts a variety of input file types, including.WAV,.MP3,.WMA, and others. You may modify the pitch of your voice with ease. It enables you to hear a preview of your sound. You have the ability to change the pace of your voice. It enables you to rapidly control the volume. It is simple to set up. You will receive free technical assistance. 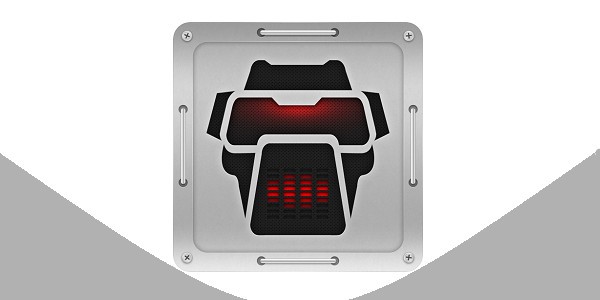 The last on our list of the best voice changer for Discord is RoboVox Voice Changer. It is an Android app that allows you to exchange voices with other people, such as a musician or a robot. It features over 32 different voice types, each with its own pitch modulation options. You may save your recording using this mobile app. It supports multiple real-time modes such as real-time, recording, and so on. You may easily record your voice. It enables you to share your results with SoundCloud (an online audio distribution platform). Your creations may be saved and sent as WAV files.

If you are a streamer or want to record audio, you will undoubtedly like using voice changers. You can actually maintain your anonymity with the aid of the voice-changing technologies listed above. So, what are you holding out for? Find the best one that meets all of your needs and install it on your machine.

7 Best Opera Extensions You Can Use

19 Best Photoshop Plugins For Photographers In 2022