Utilizing a VPN is private for maintaining the security and privacy of your online activities. Unfortunately, while most people understand the value of using VPNs on their desktops and browsers, many leave their smartphones hopelessly vulnerable. To assist consumers in plugging this gap in their cyber defenses, we’ve created a guide on how to set up a VPN on Android for free. We’ll outline each step required below, assisting you in securing your mobile internet connection without burning a hole in your pocket.

A Virtual Private Network or VPN is a networking technology that enables you to establish a secure, private connection to another network. VPNs encrypt your online connection, disguising your location and IP address, preventing other parties from eavesdropping on or identifying you.

VPNs are critical for unblocking Geo-restricted content and regional streaming libraries. They safeguard sensitive data, allow users to access prohibited information, and assist journalists and activists in nations where secure expression is threatened.

Setting up a VPN for Android or any other operating system is critical for safeguarding your connection across all Internet-connected devices. In addition, VPNs and antivirus software are critical components of our phone’s cyber security. Given how often we interact and access important data through our cellphones, keeping them secure from hackers is critical.

The fantastic thing about Android is that it has pre-installed VPN functionality. Therefore, you may manually connect to a VPN server directly from the settings menu on your Android phone. However, setting up a VPN in this manner requires you to type VPN set up information manually. This may provide difficulties for novice users.

Then, how can you set up a free VPN on Android without doing everything manually? On the other hand, downloading one of the specialized free VPNs for Android apps automates the setting process. Both solutions are viable, so let’s examine them in further depth.

If you’ve chosen to connect to a VPN server on Android manually, there are a few things you should be aware of during the process. First, you’ll need to have access to your VPN login and server configuration data to make a manual connection. This data may be received from your system administrator if you’re connected to a corporate network or via one of the several Android VPN providers available.

Numerous VPN companies provide free tips on how to set up a VPN on Android on their websites. In most circumstances, you’ll only need to go onto your provider’s website and find the Set up on Additional devices or Connect Manually options, which will disclose the necessary server information. Once you’ve gathered all of the VPN’s configuration settings, you’re ready to connect manually.

Bear in mind that manually connecting to a VPN server restricts the VPN protocols. The three protocols that are supported are PPTP, L2TP, and IPSec. Unfortunately, they are relatively out of current and less secure than more outdated alternatives like OpenVPN, which are accessible through specialized apps. Thus, how can you connect to a VPN on Android? The following is a step-by-step procedure:

First step is to go to the Settings panel on your smartphone. You must find the option for accessing your network settings there. The precise name varies according to your device and Android version. It may be titled “Network and Internet,” “Network Settings, Connection & Sharing,” or something similar.

After gaining access to the network settings, find the mobile phone VPN area. In most circumstances, it will be referred to as a VPN. When you click that button, you’ll see a nearly-empty screen with a little plus symbol with the words Add VPN printed above it. By clicking that, you’ll be able to access the VPN login and server information that you previously got. This is necessary for the next step in our guide on how to set up a VPN for free on an Android phone.

Now you must type all of the data you obtained from your VPN provider or network administrator. The information comprises the name of the VPN server, the username, the password for the VPN connection, and the VPN protocol to use. You will find DNS-related settings under the Advanced Options tab. In most circumstances, you’ll not need to adjust them at all.

As previously said, pay close attention to the protocol you pick. When connecting manually, most VPN providers will restrict you to a single one. To avoid is PPTP since it is out of date and has several security flaws. Once you’ve entered all of the necessary info, click the Save button. Congratulations: you’ve completed the last step in our guide on how to set up a VPN on Android manually.

Now that the VPN connection profile has been saved on your phone, you may effortlessly connect on demand. Are you unsure how to utilize the VPN? Simple; tap the saved profile from the VPN selection page to connect. That’s all; you’ve just set up a VPN connection manually on your Android phone.

Before we continue, there is one more critical thing to make. As previously indicated, Android’s default configuration does not enable manual OpenVPN protocol connections. Suppose you’re wondering how to utilize a VPN on Android using the OpenVPN protocol. You may bypass the operating system’s restrictions by downloading a specific app such as OpenVPN for Android. We recommend using the OpenVPN protocol (instead of a separate VPN software) since it is far safer than the one that Android, by default, supports.

Using A Dedicated App To Connect To A VPN On Android

Using a specialized VPN app is far simpler and faster setting up a VPN connection than manually configuring one. In addition, there’s a wide range of Android VPN providers. While free versions sometimes lack features, they should suffice for the most part.

READ:  How To Change Background Color On Instagram Story

So, how do you set up a free VPN on Android using a specific VPN app? There are several approaches. To begin, you’ll need to find a reliable free VPN service online. Then, after downloading your desired provider, the following step is to download the app.

Google Play is where you can download the app. If, for any reason, you are unable to access the store, you may find APK installation files online by doing a fast Google search. Download them and manually initiate them. Take caution if you download the APK files from an unofficial source since they may include malware.

After you initiate the installation, the process is mostly automated, with the installer automatically configuring the majority of VPN settings for Android. However, bear in mind that many free VPNs do not encrypt your connection and instead serve to disguise your location. As a result, we suggest that you stick with well-established and respected providers like NordVPN or ExpressVPN. They not only simplify the process of connecting to a VPN but also make it safer.

How Do I Set Up A VPN For Free?

Yes, it is possible to set up a VPN on Android for free. The majority of well-known VPN providers provide a free tier of service compatible with Android devices. Then, connect manually by entering the VPN set up data or using the VPN apps available in the Play Store.

What Is The Best Free Android VPN?

Surfshark, TunnelBear, and Hotspot Shield are just a few popular free Android VPNs. But, of course, there’s no way to go wrong with any of them.

Is There A Free Android VPN?

True, there are a plethora of free VPN apps available for Android. However, ensure that you use only reputable ones that encrypt your connection and not merely disguise it.

How To Set Up A VPN On My Android Phone?

4 – To connect, tap on the saved VPN profile.

After following this guide, you should be completely prepared to install and set up a VPN on your Android phone. As previously said in this “how to use VPN on Android” guide, try to stick with reputable VPN providers and, wherever feasible, utilize their specialized apps. Remember: wherever feasible, avoid the PPTP protocol in favor of OpenVPN. Finally, consider investing in a premium VPN for maximum security. Free versions are often quite restricted in scope, with far fewer accessible bandwidth and server options than premium ones. 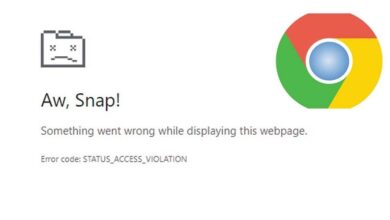 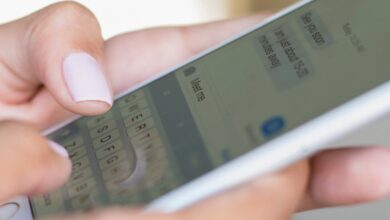 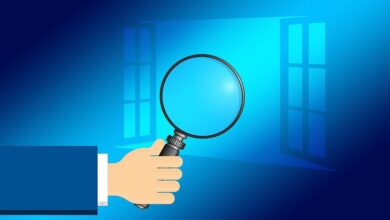 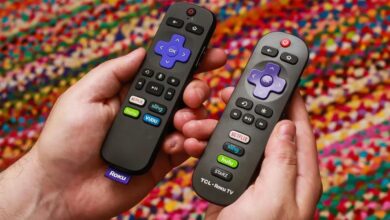